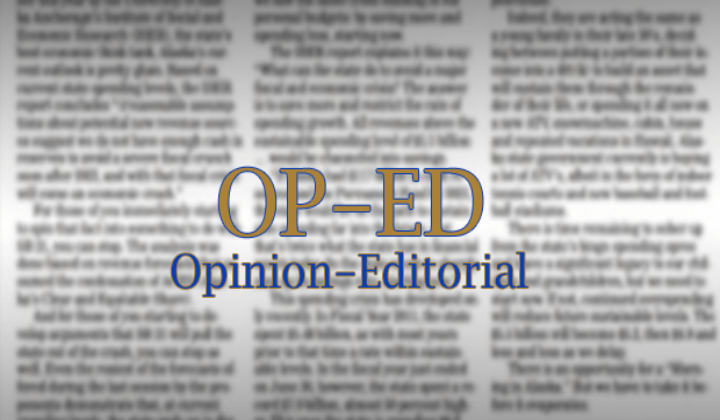 An injustice is happening in San Diego County. And, the person causing the injustice is the county’s top law enforcement officer, Sheriff Bill Gore.

Sheriff Gore is denying the Second Amendment rights of San Diego County residents who want to carry concealed firearms outside of the home. Gore has set-up secret, undisclosed internal policies that result in denial of application after application from law-abiding, trained county residents who qualify under the state’s requirements for a CCW (concealed carry weapon) permit. His restrictive policies make it nearly impossible for most trained, law-abiding applicants with good character to obtain a CCW.

State law gives clear requirements for those seeking a CCW. Applicants are required to pass a criminal background check, complete a state-mandated curriculum on firearms safety and law, pay a fee, and state a reason on the “good cause” portion of the permit application. Sheriffs and Police Chiefs throughout California’s 58 counties have unfettered discretion in determining a “good cause” policy when issuing CCWs. Most California sheriffs accept “self-defense” or “personal protection” as “good cause.” But not Sheriff Gore.

Sheriff Gore has been misleading the public and elected officials by saying he is restrained by state law or court decisions. This is false, even after the recent U.S. Supreme Court decision when the justices declined to review an appeal filed by the National Rifle Association (NRA) and the California Pistol and Rifle Association (CPRA) in the case of Peruta vs. San Diego. The SCOTUS decision means that the Court will not force Sheriff Gore to issue permits. The Court left the authority to define California’s requirement of “good cause” in the hands of each issuing county sheriff or chief of police.

There is no law or court case preventing Sheriff Gore from changing his internal policies to allow for “self defense” and “personal protection” to fulfill California’s requirement of “good cause.” Yet, he still refuses.

In July, the Santee City Council voted 5-0 to authorize Mayor John Minto to send an official letter from the council to Sheriff Bill Gore requesting a change in his internal policy regarding the issuance of CCWs. We asked the Sheriff to accept self-defense or personal protection to fulfill California’s requirement of “good cause.” In addition, we asked the Sheriff to specifically define the minimum requirements that constitute sufficient “good cause” so that our citizens can review the requirements and immediately determine whether or not they meet the minimum standards. Having totally subjective, vague requirements to obtain a permit is bad government.

Despite response times on calls regarding serious felonies in process such as homicide, kidnapping, rape, armed robbery and residential burglary occurring approximately every 9.5 minutes in San Diego County, Sheriff Gore’s refusal to issue CCW permits eliminates people’s ability to protect their lives and dignity outside the home.

Sheriff Gore, who is running for reelection, willingly ignores the needs of San Diego County residents who want to defend their lives outside the home. The need to protect oneself is never confined to the perimeters of one’s home. Sheriff Gore’s refusal to issue CCW permits is endangering the safety of every citizen and is making the county less safe. Clearly, Sheriff Gore does not take seriously your Second Amendment rights or safety and it is time more elected officials speak out.

Tens of thousands of times per year around the country, armed civilians defend their lives using our most effective tool: a firearm. Homicides are typically about 10 percent higher in states with restrictive CCW laws. Crime rates involving CCW holders are statistically lower than crime rates of non-CCW holders. Deaths and injuries from mass shootings fall dramatically after CCW policies are expanded. Law-abiding people in San Diego deserve the ability to protect their lives and their dignity outside the home.

Nothing is preventing Sheriff Gore from changing his policies to accept “self-defense” or “personal protection” as “good cause,” except Sheriff Gore.