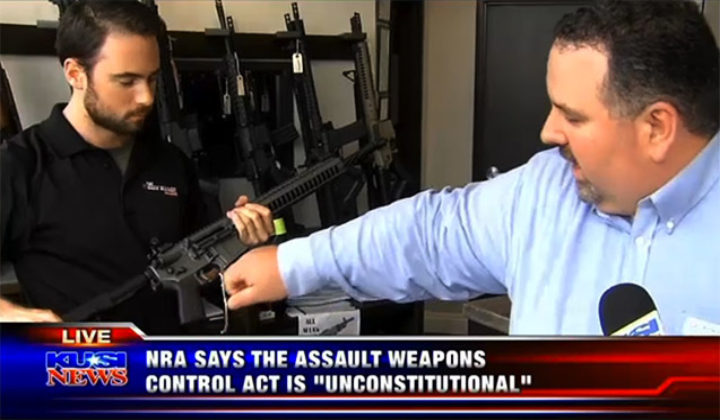 The suit, Rupp v. Becerra, seeks to have the courts declare the AWCA unconstitutional because the ill-conceived law will do nothing to stop terrorists or violent criminals, and infringes on the right to keep and bear arms under the Second Amendment.

The AWCA makes it illegal to manufacture, sell, transport, import or transfer hundreds of popular and commonly owned semi-automatic firearms the law inappropriately demonizes and condemns as "assault weapons."

This means it is illegal for owners to transfer or sell these firearms to anyone in California, including to their own children or heirs upon death. And owners themselves will be violating the law by continuing to possess their firearms unless they register them as "assault weapons" with the state.

The Rupp case was filed in direct response to a number of anti-gun-owner laws, including the expanded "assault weapon" statute, which were signed by Gov. Jerry Brown in July 2016. Collectively, those new gun bans have become known as "gunmageddon" among California's roughly 10 million gun owners.

The Rupp case challenges those restrictions, as well as California's broader statutory scheme, which arbitrarily and unconstitutionally restricts the use and possession of the most commonly owned firearms in the United States.

Multiple lawsuits challenging other aspects of the unconstitutional laws passed last year are also in the works and will be filed in the coming weeks.

Rupp is the first of a number of NRA/CRPA sponsored lawsuits soon to be filed that will challenge the "gunmageddon" bills, as well as the new laws enacted by Proposition 63 — which was overwhelmingly opposed by law enforcement.

The Association remains the nation's leader in firearm education and training for law-abiding gun owners, law enforcement and the armed services.