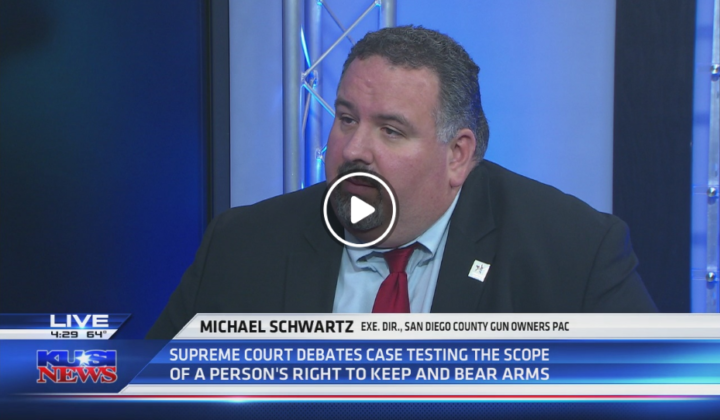 WASHINGTON (AP) — Chief Justice John Roberts appeared Monday to be the key vote in whether the Supreme Court considers expanding gun rights or sidesteps its first case on the issue in nearly 10 years.

The court’s dismissal of the case would be a disappointment to gun-rights advocates and a huge relief to gun-control groups. Both sides thought a conservative Supreme Court majority fortified by two appointees of President Donald Trump, Justices Neil Gorsuch and Brett Kavanaugh, might use the case to expand on landmark decisions from a decade ago that established a right to keep a gun at home for self-defense.

Michael Schwartz, Executive Director of the San Diego County Gun Owners PAC, was in studio to discuss the case.