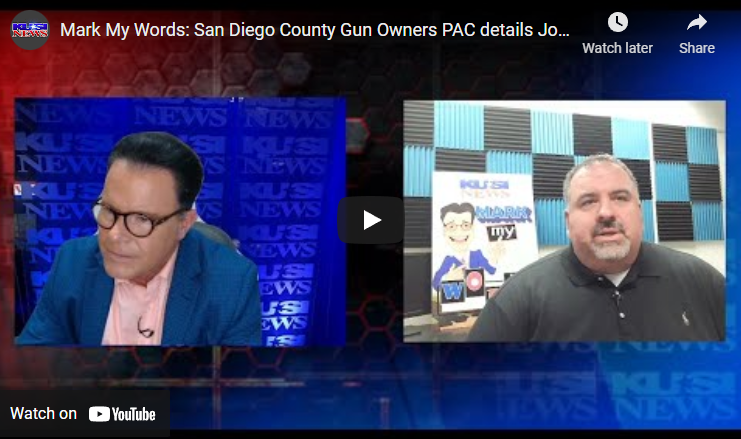 SAN DIEGO (KUSI)  – In the aftermath of the Uvalde mass shooting, President Joe Biden has proposed a variety of gun control measures he claims will prevent these tragic events from happening in the future. But in the United States, there are tens of millions of law-abiding gun owners who own firearms for protection, thanks to their Second Amendment right. So will the gun control measures Joe Biden is proposing be successful in stopping future mass shootings?

Executive Director of the San Diego County Gun Owners PAC, Michael Schwartz, detailed what Biden’s proposals mean, and why he and other Second Amendment supporters are opposed to them.

On the local level here in San Diego County, the Board of Supervisors has passed a measure to sue gun manufacturers, and distributors (local stores included), for deaths caused by firearms. Schwartz called out Supervisor Nathan Fletcher’s hypocrisy for having his own security detail, paid for by the taxpayers, while pushing to disarm law-abiding Americans. Schwartz said the measure to sue gun manufacturers will never hold up in court, and Fletcher is doing it to be politically rewarded by members of the Democrat party.