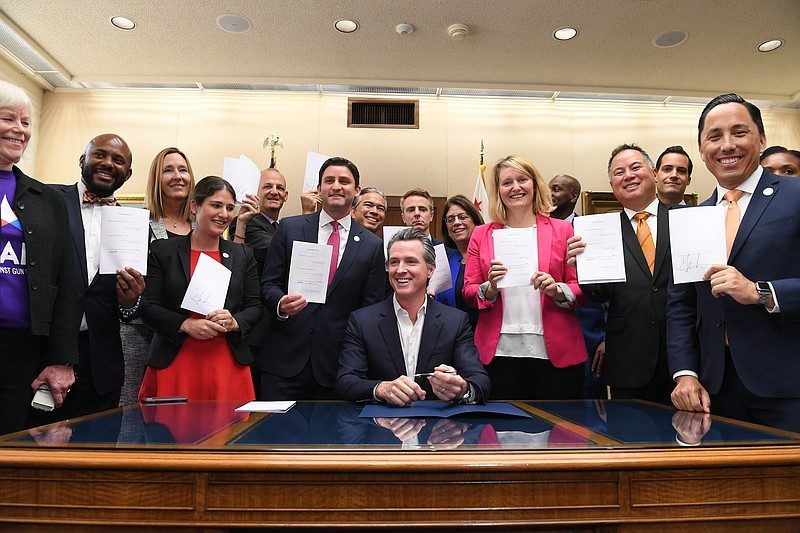 The bill has faced staunch opposition from gun rights groups like the California Rifle and Pistol Association and the San Diego County Gun Owners political action committee, as well as B&L Productions, which runs the Crossroads of the West gun show.

"Banning a gun show on just one state-owned property, but not on all is proof positive that this is discrimination based on political bias and has nothing to do with safety," SDCGO Executive Director Michael Schwartz said in a statement. "We are opposed to discrimination against a group of law-abiding citizens who are simply practicing their civil rights."