Government fights Board of Supervisors ordinance over recreational shooting 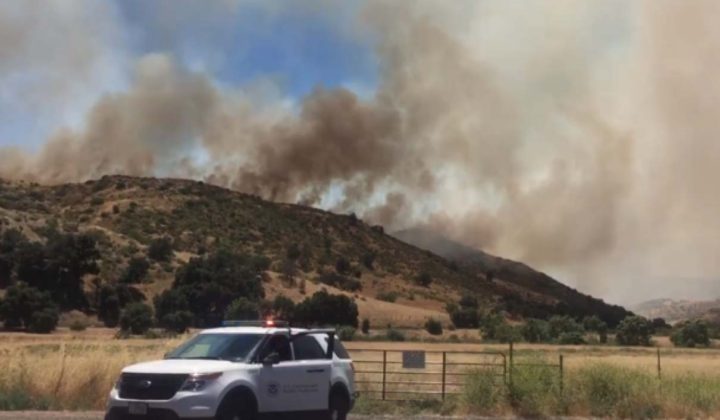 SAN DIEGO (KGTV) - The Secretary of the Interior stated in no uncertain terms in a letter sent to the San Diego County Board of Supervisors Thursday federal law supersedes state law.

This was in reference to an ordinance the San Diego County Board of Supervisors passed in November banning recreational shooting, saying it was unconstitutional.

Currently the law states you can shoot at targets on BLM land, " as long as it is done in a safe manner, without damaging natural resources or improvements on public lands ."

There is a section that states you may not fire any plastic pellets, exploding, tracer or steel core rounds. This is to prevent wildfires.

County Supervisor Diane Jacob said the goal of the ordinance was also to prevent wildfires, coming after the Gate Fire in May of 2017 , sparked near an area known for target practice.

"She immediately blamed the fire on the shooting and she had no evidence," Executive Director of San Diego Gun Owners PAC Michael Schwartz said. He also said the board never spoke to the federal government.

"When he [the Secretary of the Interior] found out the entire department said no this isn’t something we’re going to stand by at all," Schwartz said.

The Secretary of the Interior sent a statement to the Board of Supervisors Thursday citing the Supremacy clause in the Constitution and, "law enforcement personnel have no authority to enforce unconstitutional pronouncements of law."

Jacob fired back with this statement: "The BLM decision is unfortunate and frustrating because this area is highly prone to wildfire, and we've already learned the hard way that shooting at this spot poses a significant risk to life and property. I appreciate the BLM's offer to discuss this issue further because it's critical that we do all we can to put public safety first."

Schwartz, glad to see the powerful statement, said, "it’s not ambiguous it’s very clear, no this isn’t going to happen, its out of your jurisdiction."

Schwartz says the regulation has been put on hold after that letter reached the board.

"The gun owners consider this a huge win, it shows what activism can do and when people band together and get involved we can stop unconstitutional regulations by elected officials abusing their power," he said, adding he hopes to see the ordinance removed from the books.