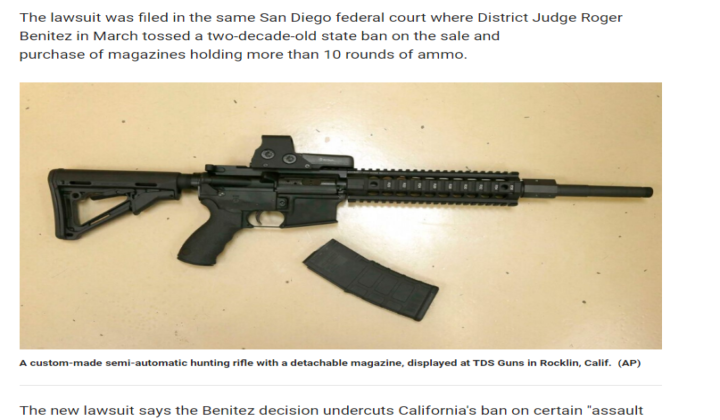 Benitez's decision triggered a weeklong buying frenzy before he halted sales pending the outcome of a state appeal.

The plaintiffs say they own legal rifles or pistols and want to use high-capacity magazines in them but can't. Doing so, they say, would turn them into illegal assault weapons under California statutes, subject to confiscation.