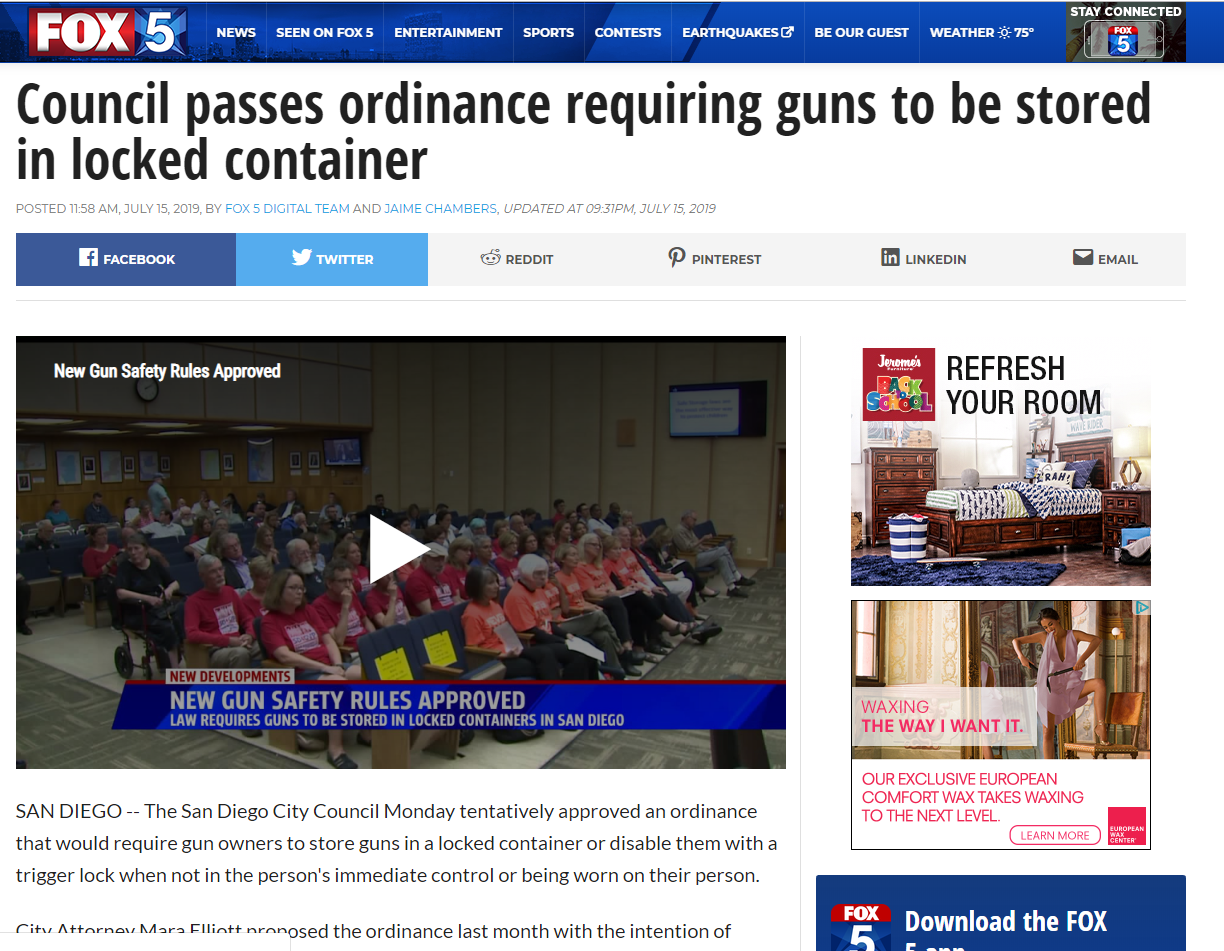 Opponents also argued the proposal is unenforceable and that locking a gun in a safe would make it difficult to access and use in a moment of self- defense. Wendy Hauffen, executive administrator for the San Diego County Gun Owners political action committee, suggested breaking the law should be an infraction rather than a felony or misdemeanor.