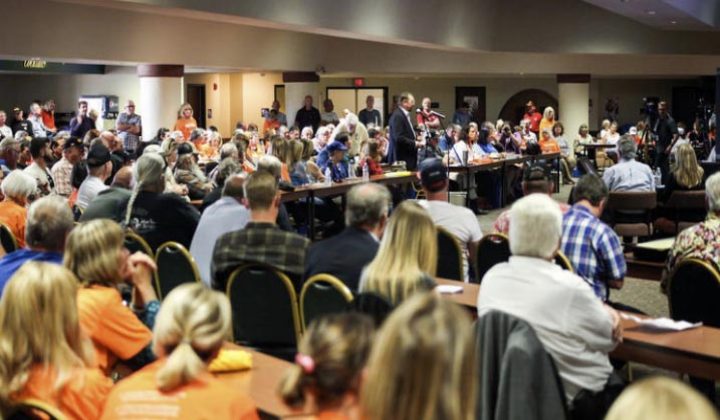 The state agency that runs the Del Mar Fairgrounds will for the first time publicly debate—and possibly vote on—the future of the Crossroads of the West Gun Show this September.

The 22nd District Agricultural Association’s board of directors unanimously approved the move on April 24 after nearly four hours of impassioned, sometimes combative testimony at the DAA’s monthly meeting as activists made their case for protecting or banning Crossroads, which has been held at the fairgrounds several times a year since 1988. Its upcoming show at the fairgrounds takes place May 19 and 20.