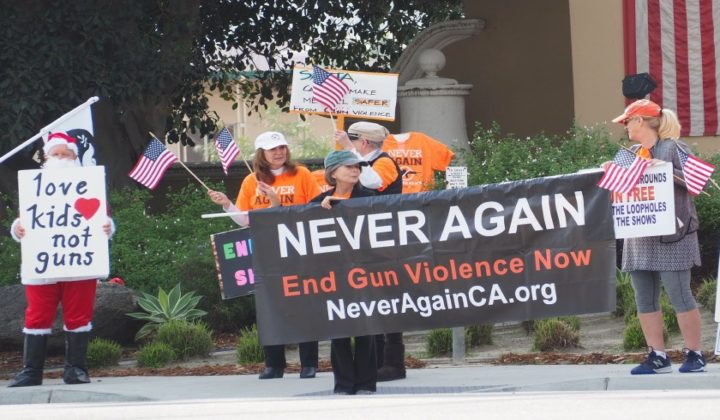 Michael Schwartz, executive director of San Diego County Gun Owners, spoke during a news conference at the show’s entrance. He said in a statement issued beforehand that it’s “crucial that we gather to speak out and defend the fundamental right to self defense for law-abiding citizens, oppose an extremist gun-control agenda, and stand strong in support of the Second Amendment.”

As the lawsuit over gun shows at the fairgrounds moves forward, Schwartz said San Diego County Gun Owners will be supporting candidates at the county and city level who are more amenable to local gun owners.