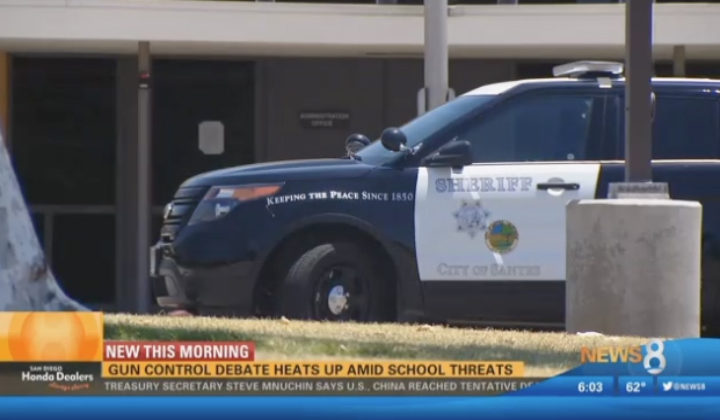 Sheriff's deputies will provide extra security Wednesday at a Lakeside school after someone made an unfounded threat of violence.

Sheriff's officials say there is no valid threat to Tierra Del Sol Middle School, where a student reportedly wrote a threatening message in a campus bathroom.

The Sheriff's department would not provide many details about the latest threat, only saying that so far it seems not to be real but an investigation is underway.