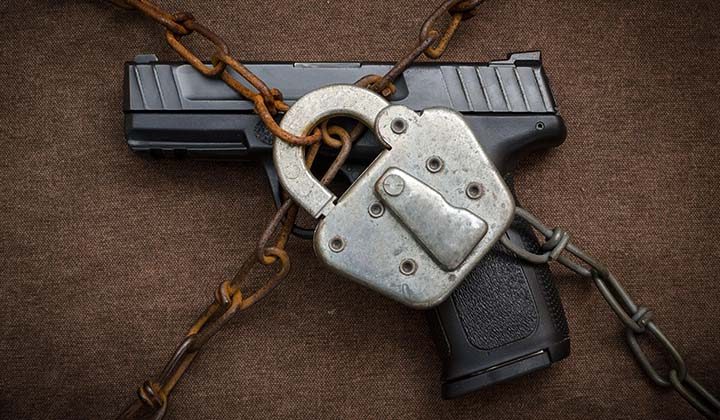 SAN DIEGO — The county Board of Supervisors granted final approval Tuesday to restrictions on target shooting at two sites in a rural area just north of the U.S.-Mexico border.

Taking effect in 30 days, the rules — described by proponents as a means of reducing the threats of wildfire and stray bullets — cover two portions of Bureau of Land Management property near Dulzura, along and directly south of state Route 94 and Campo Road, and along and west of Marron Valley Road.

An agreement between the San Diego County Sheriff’s Department and the BLM will allow the federal agency to enforce the ordinance, which will not prohibit lawful game hunting, according to county officials.

After hearing from Dulzura residents in favor of the changes and from opposing gun-rights advocates, the board voted 3-1 to pass the measure, with Supervisor Bill Horn opposed and Chairwoman Kristin Gaspar absent.

Horn described existing shooting restrictions in the area as appropriate, especially during fire season, though he added that he would have felt better about the proposal if a BLM representative had attended the meeting.

Supervisor Greg Cox said that while he was in favor of the new regulations, he believed that the county should identify areas for responsible and safe target practice — since otherwise, he said, people will simply shoot in areas where it is not allowed.

Supervisor Dianne Jacob said she had met with concerned residents and the BLM about the ordinance, and had sent a letter to U.S. Interior Secretary Ryan Zinke.

Jacob added that U.S. Border Patrol personnel had told her they feared for their safety while patrolling the area.

Many gun-rights advocates have previously spoken out against any new restrictions. Several suggested that volunteers could better enforce existing shooting regulations.

Michael Schwartz, executive director of San Diego County Gun Owners, said an official with the U.S. Interior Department, which oversees BLM land, told him no county officials had contacted the federal body regarding the proposed ordinance.

Schwartz said Interior Department senior advisor Rick May had told him “they have no interest in this ordinance being passed.” Schwartz argued that it was irresponsible for the county to pass the law under such circumstances.

Tiffany Cheuvront, an attorney representing the California Rifle & Pistol Association, said that despite the county’s law enforcement agreement, local jurisdictions do not have the right to tell the federal government how to run its land, adding that several court cases support that stance.

Robin Brailsford, who owns a house in the area, said some 600 people live across from the range.

“This is a personal issue, not a political issue,” Brailsford said, adding that she built her home before the BLM owned the property that now serves as a shooting range.

Dulzura resident Wick Alexander said bullets have struck his home and pointed out that the risk of wildfires sparked by gunfire was well documented.