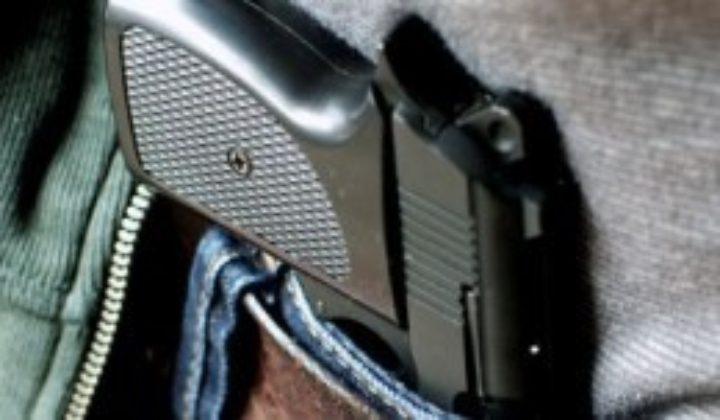 In June, California’s Supreme Court ruled in favor of Sheriff Gore in a lawsuit filed by Edward Peruta, who had been rejected for a concealed carry permit because he could not prove good cause to show that he was at risk of harm.  The high court upheld an appellate court decision which found that the 2nd Amendment does not provide a constitutional right to carry concealed weapons.

“Based on the Supreme Court’s decision today, the ruling by the 9th Circuit Court of Appeals will stand and the procedure of obtaining a license to carry a concealed weapon within the County of San Diego will continue as it has since the 1980s,” said Sheriff Gore after that decision.   San Diego’s policy requires county residents to demonstrate good moral character and `good cause’ and complete a training program in order to obtain a permit, the Sheriff clarified, adding, “As always, anyone who believes that they may have circumstances which place them in harm’s way, and necessitate the ability to carry a concealed firearm, can apply for a license/ Good cause is evaluated on an individual basis.”

Though Gore won the court case, gun rights groups are calling on the Sheriff to voluntarily make changes to the policy, arguing that too few permits are being issued.

Earlier this year, the Santee City Council, in a unanimous 5-0 vote this summer, agreed to SDCGO’s request and sent a letter from the Council asking Gore to accept “self-defense” or “personal protection” to fulfill the state's good cause requirement on the CCW permit application. SDCGO says that sheriffs and police chiefs throughout California’s 58 counties routinely issue CCW permits for “self-defense” and “personal protection” as good cause.

Now, San Diego Congressman Duncan Hunter (R-Alpine) has sent his own letter to Gore in support of SDCGO. Hunter’s letter thanks Gore for working to make small changes to his policy, but is asking Gore to clarify the CCW application process to be “an objective application process.” In his letter, Hunter states, “I am a proud member of the San Diego County Gun Owners.” Hunter’s 50th congressional district includes portions of East County and the back country.

Hunter’s letter to Gore says, “To better meet the needs of law-abiding, sane, trained San Diegans who want the choice of self-defense outside the home, I encourage you to utilize the authority granted to you by the State of California to make your `good cause’ policy inclusive and the procedures associated with this process more understandable and easy to follow.”

In his letter, Hunter criticized the Sheriff’s website as “confusing” when determining what is acceptable and not acceptable in a “good cause” statement.

Hunter’s letter states: “This section does not make clear what specific information is required in order for an applicant to submit an appropriate statement. The description provided does not answer the very basic questions of who and how one would qualify in order to obtain a CCW permit. Consequently, many responsible citizens who would otherwise qualify for a permit have trouble in successfully navigating this important portion of the process.”

In addition, the Congressman notes, “Family protection is a fundamental issue both to my constituents and to me. I have always been a vocal supporter of our 2nd Amendment and, throughout my career, both in the Marine Corps and in Congress, I have worked to defend the freedoms of every American. In this spirit, I reviewed the process by which an average citizen of San Diego County would apply for and obtain a CCW to protect his or her self and family. The fact of the matter is that it is extremely difficult for most law-abiding, sane and trained people in San Diego to obtain a CCW for self-protection outside of their homes.”

Hunter noted that only approximately 1,500 CCWs have been issued to San Diego County residents, a number Hunter called “troubling” in a county of 3.5 million. “While I recognize that raw data does not always provide a complete representation, I do find these numbers troubling,” Hunter’s letter said. In comparison, SDCGO says in Orange County has more than 12,000 CCWs in a county of 3.17 million residents.

Michael Schwartz, SDCGO executive director, said state law gives clear requirements for those seeking a CCW. Applicants are required to pass a criminal background check, complete a state-mandated curriculum on firearms safety and law, pay a fee, and state a reason on the “good cause” portion of the permit application. “Sheriffs and police chiefs have unfettered discretion in determining `good cause,’ and most of them accept `self-defense’ or `personal protection’ as good cause,” Schwartz said. He contends that Gore’s “undisclosed internal policies have resulted in denial of application after application from law-abiding, trained county residents who qualify for a CCW. Gore has been misleading the public by saying he is restrained by state law or court decisions, which is false.” said Schwartz. “We met and he did make some changes, but the policy is still very unclear to the average person.”

Gore, 70, has been San Diego County's top law enforcement officer since 2009, when the San Diego County Board of Supervisors appointed him to replace retiring Sheriff William Kolender. Gore, elected in 2010 and 2014 when he ran unopposed, has been campaigning for a third four-year term in the 2018 election.

ECM asked Sheriff Gore to comment for this story.  Ryan Keim at the Sheriff’s department provided this response: “The Sheriff's Department is committed to ensuring the procedure of obtaining a license to carry a concealed weapon within the County of San Diego is as efficient and consistent as possible. As with many of the important issues facing law enforcement, the Department will continue to partner with our community stakeholders towards our shared goal of keeping San Diego County residents as safe as possible.”

Keim added, “As always, anyone who believes that they may have circumstances which place them in harm's way, and necessitates the ability to carry a concealed firearm, can apply for a license with the Sheriff's Licensing Division. Good cause is evaluated on an individual basis. Instructions for applying for a concealed carry license can be found at http://sdsheriff.net/licensing/ccw.html.

But Schwarz fires back, “There is no law or court case preventing Sheriff Gore from changing his internal policies to allow self-defense and personal protection to fulfill California’s requirement of good cause. It would be helpful if the Sheriff at least defined the minimum requirements that constitute good cause. Having totally subjective and vague requirements to obtain a permit is bad government.”

At a recent meeting of a Republican women’s club, however, Sheriff Gore stated that he is working to broaden definitions to issue more concealed gun permits, Times of San Diego reported on November 17th.

We’re really trying to broaden the categories and not be a stickler as far as waiting for an actual threat,” Gore told the group, noting the case of a female real-estate agent who once confronted him.  “She said: ‘Sheriff, I’ve had a gun my entire life. I know how to shoot it. I grew up with guns. In the nature of my business, I’m out … doing open houses, and I don’t know who’s going to walk through that door.” The Sheriff added, “We shouldn’t have to have her get a threatening email from somebody (to prove she needs a CCW).”  He called that a “perfect category” for expanding the definition of “good cause.”

Not everyone agrees with the gun owners’ point of view on loosening requirements for gun carry permits.

Kamala Harris, former Attorney General for California and now a U.S. Senator, appealed a lower court ruling and won the victory at the Ninth Circuit Court of Appeals in the case.  She stated after that decision, “The devastating impact gun violence has on our communities underscores the need for common sense gun safety laws.” She called the ruling “a victory for public safety and sensible gun safety laws.”

Concealed carry laws also drew scrutiny after the mass shooting at a concert in Las Vegas, where concealed carry permits as well as open carry of weapons including semi-automatic guns are legal.

Do concealed carry weapons make society safer, or more dangerous?  Studies offer conflicting reports, according to a June 2017 article in the Atlantic.

But in the 20 years since then, other studies have  concluded that the opposite is true: that these right-to-carry laws lead to higher rates of violent crime.  A June 2017 study by the National Institute of Research concluded that “Ten years after the adoption of RTC laws, violent crime is estimated to be 13-15% percent higher than it would have been without the RTC law.” 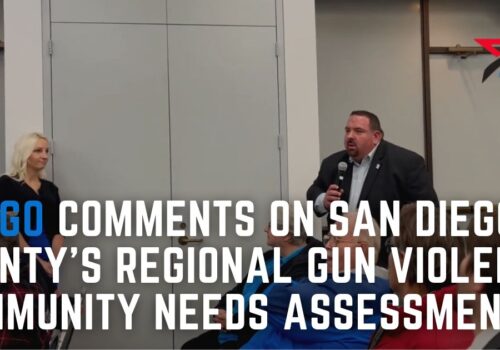 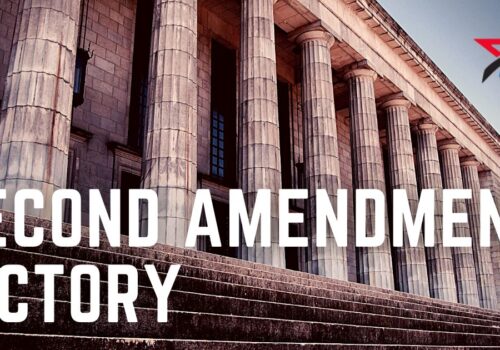