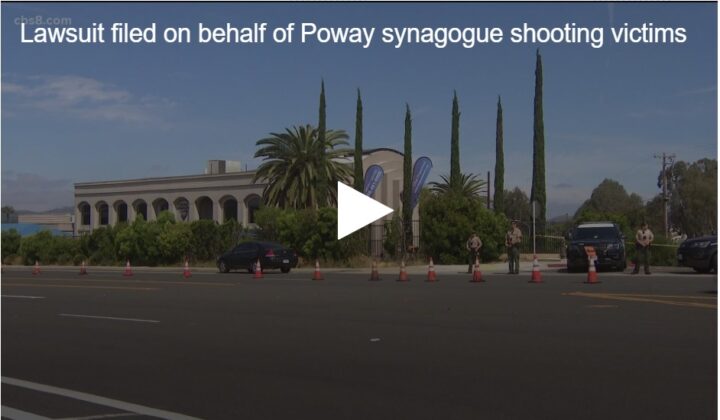 News 8 reached out to the San Diego County Gun Owners Political Action Committee. They are not associated with the lawsuit and do not represent the gun store but released the following statement:

"What happened to the synagogue and those who attended is horrific. The lawsuit they are filing, in part, is asinine in that they are blaming the gun shop and manufacturer for the actions of a highly disturbed monster. The gun shop followed state law to the letter and communicated with the California DOJ flawlessly. The manufacturer is no more to blame than Ford or Chrysler is to blame for drunk driving. They are also legally protected by the Protection of Lawful Commerce in Arms Act. This is settled law which makes naming them as plaintiffs frivolous.  I hope the victims are able to find peace through other means rather than following the advice of those who only want profit."