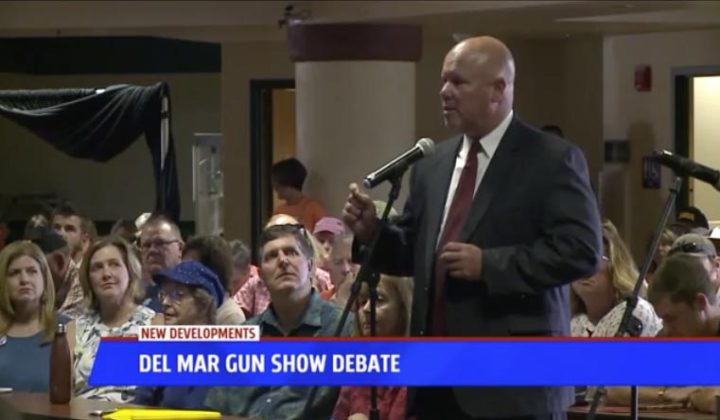 DEL MAR, Calif. – Activists hoping to curb gun violence plan to ask the Del Mar Fairgrounds to stop hosting gun shows on the site Tuesday afternoon at a meeting of the state-appointed fair board.

Organizers with NeverAgainCA.org say that a group of students representing schools across the county will be at the meeting of the Board of Directors of the 22nd District Agricultural Association, which begins at 2 p.m. They and other speakers will ask the board not to renew a contract with Crossroads of the West that lets the group hold two-day gun shows at the fairgrounds four times a year. The current contract ends in December 2018. The next gun show is scheduled for May 19 and 20.

The fair board has been asked to stop hosting guns shows many times before, usually after mass shootings, but the gun shows draw thousands of people and are an important income generator for the fairgrounds.

The city councils of Del Mar, Solana Beach and Encinitas all passed resolutions earlier this year calling for an end to gun shows at the fairgrounds.  And Lt. Gov. Gavin Newsome sent the board a letter on Monday asking it to end the gun shows.