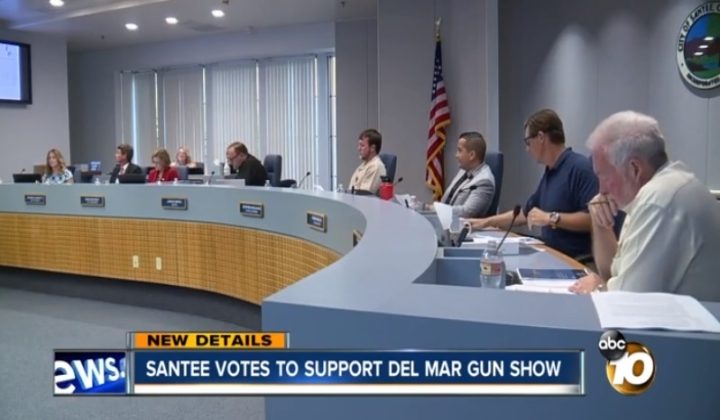 SANTEE, Calif., (KGTV)—Santee City Council voted unanimously to support the continuation of the "Crossroads of the West Gun Show" at the San Diego County Fairgrounds in Del Mar.

The Resolution was brought on by Santee City Councilman, Brian Jones.

“Several constituents of mine, here in Santee, were concerned about the Crossroads of the West gun show in the Del Mar Fairgrounds,” Jones said. “So I wrote a letter in support of the Agricultural Board, maintain their relationship with the gun show.”