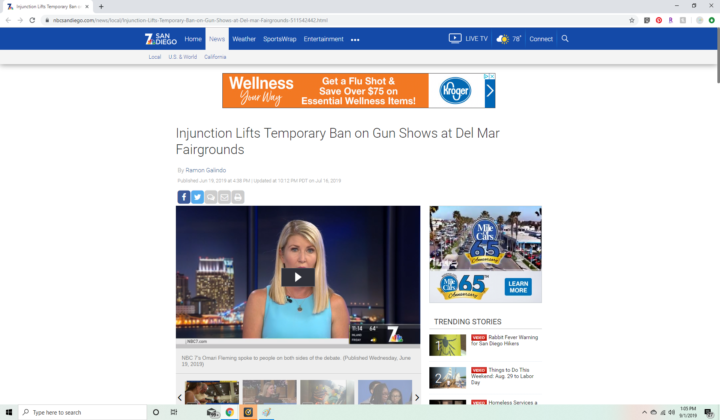 A judge issued a preliminary injunction Wednesday putting a pause on the Del Mar Fair Board's temporary ban on gun shows at the fairgrounds.

Federal District Court Judge Cathy Bencivengo's injunction prohibits the board from continuing its ban on the Crossroads of the West Gun Show that started on the first of this year.

The board voted in September to put the shows on hold until 2020 while it reviewed its policy on gun shows. The policy changes being considered included an all-out ban, a gun sale ban and an educational-only gun show.

The San Diego County Gun Owners PAC said it was unreasonable for the board to ban a gun show that's been going on for 30 years.